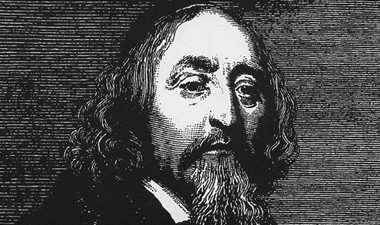 The humanist John Amos Comenius (1592-1670) was a great educator from Moravia in today’s Czech Republic. He is considered to be the 'Father of Modern Education,' establishing modern educational methods and promoting universal education. Comenius wrote about how people learn and how they should be taught through out their entire life. He produced the first children's picture book, Orbis Pictus (The World Illustrated). In his book Didactica Magna (Great Didactic), he outlined a system of schools that is the precise counterpart of the existing American system today. As his methods were respected and influential even in his time, Comenius was offered the prominent position of President of Harvard University (which he declined).