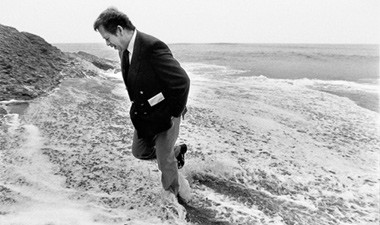 Václav Havel (1936-2011), playwright, essayist, poet, dissident, and politician, was one of the writers of Charter 77, a document that criticized the communist government for failing to implement human rights provisions. After the Velvet Revolution, Havel became the tenth and last President of Czechoslovakia and the first President of the Czech Republic. Shortly after being elected, he gave a speech to the joint session of Congress. In his speech, he stated, “The salvation of this human world lies nowhere else than in the human heart, in the human power to reflect, in human meekness and in human responsibility.” Havel has received numerous state decorations, honorary doctorates, and international awards, including the U.S. Presidential Medal of Freedom. After leaving office, he continued to work in human rights, creating the Forum 2000 Foundation. Havel passed away on December 18, 2011.
Photo courtesy of Tomki Němec