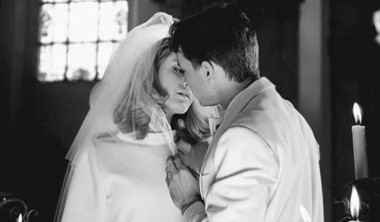 Bistro Bohem will screen the love story Rebels (Rebelové), on Tuesday, September 19, 2017, at 7 pm. Called "jaw droppingly buoyant" by Variety critic Eddie Cockrell, the film follows three boys in pursuit of three beautiful girls on break from final exams. Tereza (Zuzana Norisová) catches the eye of Simon (Jan Révai), and the girls are swept off their feet, only to realize the boys are military deserters. Meanwhile, there is a looming tension foreshadowing the 1968 Soviet Invasion. The film features stellar 1960s music, including Josef Zima’s “Gina” and Karel Svoboda's and Ivo Fischer's “Shadow of the Cathedrals.” Savor a brew of beer while enjoying this Czech classic (Dir. Filip Renč, 2001, 109 min., Czech with English subtitles)

Date: September 19, 7 pm
Location: Bistro Bohem
600 Florida Avenue, NW, Washington, DC 20008
RSVP required:
202/735-5895 or bistrobohem@gmail.com | Admission is free!
Guests must arrive by 6:45 pm to keep their reservation.
Website: www.BistroBohem.com
About the series: This marks the sixth year of the Film and Beer Series at Bistro Bohem. This year, the series focuses on Czech musicals and comedies of the twentieth century. All films will screen in Czech with English subtitles. Each screening includes one free beer as well as an introduction by a representative from the Czech Embassy. All screenings are subject to change.