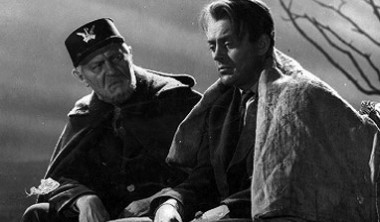 The Embassy of the Czech Republic will feature Otakar Vávra’s classic film Krakatit on September 8, at 6 pm. The film tells the story of a young chemist whose accidental explosion leads to the discovery of Krakatit – an explosive powder that could potentially change the world. An explosion causes the chemist to slip in and out of dream-like hallucinations. In his altered state of consciousness, he gives the formula for making Krakatit to one of his colleagues. Can he stop its spread before its too late? The film is based on a novel by Karel Čapek, written in 1924 and influenced by the horrors of WWI and the fear of technological developments. Witness this classic film that explores how scientific advancements in the wrong hands can transform a person. (1948, 97 minutes, Czech with English subtitles)

About the director:
Otakar Vávra (1911 –2011) was a well-known Czech film director. In the 1950s, together with his film colleagues, he established the Film Faculty of the Academy of Performing Arts in Prague (FAMU). There, he taught for many decades. His students included many directors of the 1960s Czech New Wave, such as Oscar-winner Miloš Forman. Some of his more  renowned films include: Romance for Bugle (Romance pro  křídlovku, 1966)  and Witches’ Hammer (Kladivo načarodějnice, 1969). In  2001, he  was  awarded  by  the  Czech  Lion  Award  for  Best  Artistic Contribution to Czech Cinema.