Home » Events » FILM: In the Shadow 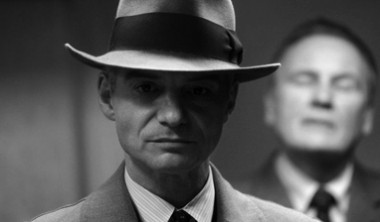 FILM: In the Shadow

On October 8, at 8 pm, the Avalon Theatre will showcase director David Ondříček’s highly acclaimed film In the Shadow (Ve stínu). In this mystery, Captain Hakl (Ivan Trojan), a Czech police detective, searches for truth as he tries to solve a robbery and blood libel that soon morphs into a police conspiracy. He very quickly gets kicked off the case as State Security takes over. What he finds in Stalinist Czechoslovakia, however, seems to only create more questions than it solves. In the Shadow was submitted to the Academy Awards as the Czech entry for 2012 Best Foreign Language Oscar. The film won nine Czech Lion Awards (2013). Delve into this mystery that is sure to leave you guessing. (Dir. David Ondříček, 2012, 106 min., Czech with English subtitles)

Tickets may be purchased at the box office or online at
www.theavalon.org.