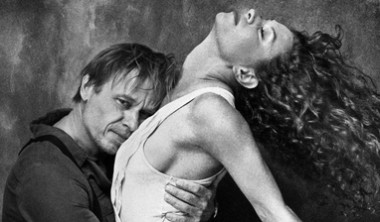 In short retrospectives, the film shows the crucial moments of Saudek’s life. As a child, he experienced the horrors of Nazism. During the totalitarian communist era, he struggled for his very subsistence. He was interrogated by the communist secret police, charged and convicted of keeping prohibited contacts with the West, and intimidated. He served as a printing house worker to provide sustenance for himself and his family. In a small basement flat with moldy walls, he created his photographs that were subsequently shown all over the world and brought him global fame.

Film Trailer: https://www.youtube.com/watch?v=7wbe7FbaU4Y
Awards: The film was nominated for Czech Lion Awards for Best Film, Best Actress (Marie Málková), and Best Actor (Karel Roden).
About the Director: Irena Pavlásková (b. 1960, Frýdek-Místek, Czechoslovakia) graduated from the Film and TV School of the Academy of Performing Arts (FAMU). She is a film director, screenwriter, and producer. Her feature films include: Time of the Servants (1989), Corpus Delicti (1991), Not arranged meeting (1995), Time of debts (1998), Bestiary (2007), and An Earthly Paradise for the Eyes (2009). She has also directed a number of films for television. Her films received a number of prestigious awards and screened at major festivals in Los Angeles, Toronto, Washington, Palm Springs, Denver, Haifa, Hamburg, Rennes, and Malmo to name a few.
Co-Screenwriter: World-class phenomenon Jan Saudek co-wrote the script with the director. He is a distinguished photographer whose work has influenced the development of global photography. He has become one of the most exhibited, published, and best-selling photographers of the present age. His work appeals to a wide audience and has been exhibited in prestigious galleries across the globe including the Art Institute of Chicago, USA; National Gallery of Victoria, Melbourne, Australia; Musée National d’Art Moderne, Paris, France; among many others. He received the Chevalier des Arts et Letters in Paris, France and the Artis Bohemiae Amicis from the Minister of Culture of the Czech Republic.

RSVP by September 19 to
​https://fotograf.eventbrite.com

Parking is free at the Katzen Arts Center after 5:30 pm.