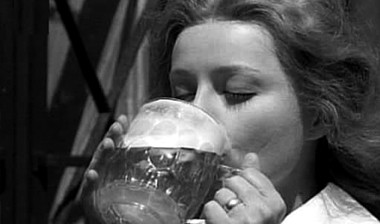 Bistro Bohem will screen the classic film Cutting It Short (Postřižiny) by Czech New Wave and Oscar-winning director Jiří Menzel on September 18, at 6 pm. The film is based on the writing of Bohumil Hrabal and his childhood in Nymburk’s brewery in the 1920s. Enjoy the humorous tale and savor a nice Pilsner brew at this local Czech restaurant while watching the classic flick. (1981, 93 min., in Czech with English subtitles)

About the Director:
Jiří Menzel is an award-winning director, screenwriter, actor, and theater director. He studied filmmaking at the famous Czech National Film Academy, FAMU, in Prague. Like Forman, he was one of the leaders of the Czech New Wave. Most notably, Menzel won an Oscar for Best Foreign Language Film for his first feature-length film Closely Watched Trains (Ostře sledované vlaky, 1967).

With the occupation of Czechoslovakia by Warsaw Pact forces in 1968, and the period of so-called ‘normalization’ that followed, he was one of the first directors to be barred from filmmaking. Menzel’s controversial film Larks on a String (Skřivánci na niti, 1969) was banned by the government, but released twenty years later, in 1990, after the collapse of the communist regime. The film won the Golden Bear award at the Berlin Film Festival.

In 1986, his film My Sweet Little Village (Vesničko má středisková, 1985) was nominated for the Best Foreign Language Film (1987). Other renowned works include Capricious Summer (Rozmarné léto, 1968), Cutting It Short (Postřižiny, 1981) and most recently I Serve the King of England (Obsluhoval jsem anglického krále, 2006).

Menzel is a member of the Czech Film and Television Academy, the European Film Academy and the Academy of Motion Picture Arts and Sciences. He has received many prestigious awards, among them the French order of Chevalier des Arts et des Lettres and the Akira Kurosawa Prize for a lifetime’s achievement at the San Francisco Film Festival.